The group is driven by the following key values:

With its long and intimate association with communities everywhere, the Kewalram Chanrai group has remained alive to its responsibilities towards the people. The group has helped set up schools, provided drinking water, established medical facilities and offered relief in the face of calamities like floods and drought. 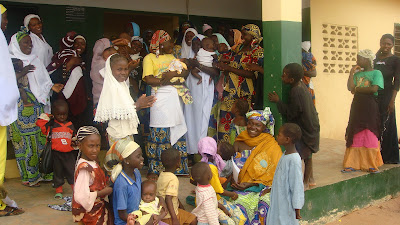 In Nigeria, for instance, it is an active player in primary healthcare programme-having set up a chain of community health centres to make medical help accessible to the people at large. These facilities are managed by a committed and professional team of Tulsi Chanrai Foundation….In fact, Tulsi Chanrai Foundation has made it possible to extend the healthcare facilities to the common man in the remote villages of Nigeria

At another level, the group has generated large scale employment and entrepreneurial opportunities through its extension farming activities


The group is a member of the Rollback Malaria Programme and as a part of this critical life saving initiative, it has been distributing large qualities of special ‘Insecticide Treated Nets’ among the rural populace. The nets are universally acknowledged to be effective deterrents against Malaria spreading mosquitoes.
Posted by Tulsi Chanrai Foundation at 05:03 No comments: 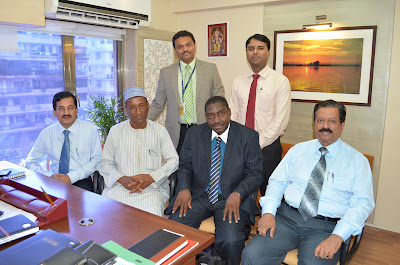 TCF in its endeavor to build capacity of Nigerian health system facilitated a visit of Katsina State Hon. Commissioner and Permanent Secretary of Health to India. The objective of the visit to India was to have discussions with Indian doctors on how health facilities in the State of Katsina could be enhanced.

Jaslok Hospital in Mumbai India facilitated the discussions between India‘s renowned medical practitioners and the Hon. Commissioner and Permanent Secretary of Health of Katsina State. There were detailed discussions on setting up of sub-specialties like refraction centre, pediatric ophthalmology and medical retina in Katsina.

Hon. Commissioner and Permanent Secretary after their visit are keen on expanding the eye care services in Katsina. They are also interested in sending their ophthalmologists for training in India.

During their visit they also witnessed the Eye surgeries of disadvantaged Indian performed free of charge at Tulsi Eye hospital managed TCF‘s sister organisation Mission for Vision in India.
Posted by Tulsi Chanrai Foundation at 04:52 No comments: 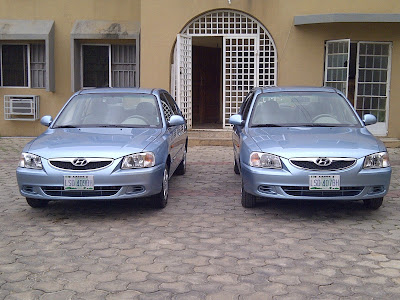 Cars provided by Park and Shop

Park and Shop and its mother company Artree Group is one of the strongest supporters of TCF in its endeavour to build a healthy Nigeria.

They have been graciously supporting the project activities of TCF over the years in several ways.

To enable TCF staff to commute for project related activities in 2013 they provided 2 sedan cars.

TCF is grateful to Park & Shop and Artree Group for their support and value their partnership and participation in building a healthy Nigeria.
Posted by Tulsi Chanrai Foundation at 04:39 No comments:

During 1st and 2nd phase 135 hand pumps were rehabilitated in the local government area of Lau, Bali and Takum Ardokola, Gassol, Wukari and Gashaka. In May 2013 during the inspection and review meeting at Taraba State with project staff it was found that 87 percent of the hand pumps have been functional. The average functionality rate of hand pumps in Nigeria is 60 per cent. 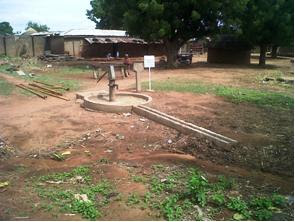 Hand pump at Gassol - Malam Abba - Anguwan Hausa
During monitoring visit; this hand pump (in the above picture) was found to be non-functional. While discussing the issue with the community it was brought to the notice that they have already contacted the mechanic at Mutun-Biu. The mechanic has dismantled the hand pump (parts can be seen on the ground) and went to purchase the parts. This hand pump got repaired on the 2nd day after it’s break-down. This shows that communities have taken up ownership of rehabilitated hand pumps. 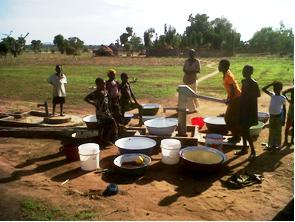 Community utilizing functional hand pump at Jalingo - Jarabubur - behind Catholic Church
It was also found out that community is actively involved in ensuring the functionality of the hand pumps.


In partnership with TY Danjuma Foundation presently the phase 3 is on in Taraba State. During the 3rd phase 100 hand pumps will be rehabilitated.
Posted by Tulsi Chanrai Foundation at 04:23 No comments:


Dr. Ashwin B. Mehta, Director of Cardiology, Jaslok Hospital & Research Centre, Mumbai, a pioneer in the field of cardiac catheterization and angiography in new born babies, first one to start angiography in few hours to few days old babies in India and first one to start Bundle Electrography in India visited Abuja and Lagos, along with Dr. R. Pulgaonkar, Chief Executive Officer of Jaslok Hospital, Mumbai, India between 21st to 27th April 2013.

The objective of their visit was to meet the medical fraternity in Nigeria to understand the need of Tertiary care and how the capacity of local doctors could be enhanced to provide effective Tertiary Medical Treatment in Nigeria. 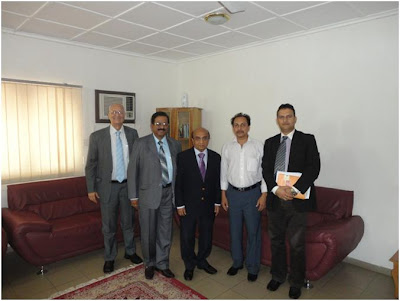 Dr. Hasan along with the team at Hasan Clinic, Abuja 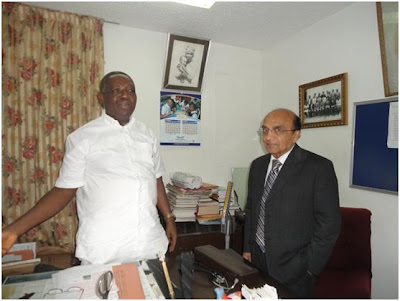 Meeting with Prof Michael Fadeyomi, a renowned Cardiologist in Nigeria

The baseline survey conducted in 2010 indicated that the Infant Mortality Rate was 75/1000. Under 5 years – Mortality was 157/1000, Maternal Mortality rate was 545/1000, Ante-natal Coverage was only 55 per cent, Skill birth attendance by health workers was 39 per cent and only 74% of one year old children were fully immunized.

Goals of partnership with Tulsi Chanrai Foundation and Cross River State are to achieve the following:

The beneficiaries of the program are population dwelling in the remote areas of CRS. The CRS is divided into 18 Local Government Areas (LGAs). The program will cover all 18 LGAs in a phased manner. 2 LGAs covered in 2010, 6 LGAs in 2011, another 6 LGAs were covered in 2012 and 4 LGAs in the final phase will be covered in 2013.

The scope of work in CRS includes: 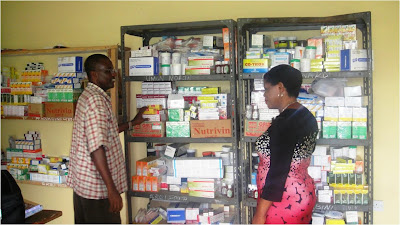 
Far East Mercantile Company Ltd., the distribution partner of the Ice landic dry fish producers in Nigeria, then sells the products at the best market rates in Nigeria. The total funds generated by selling a container of dried fish from Iceland is handed over to Tulsi Chanrai Foundation to undertake free Cataract Eye Surgeries in Calabar Eye Centre, Cross River State, Nigeria.

The dry fish producers from Iceland visit the Eye centre in Calabar often, meet the beneficiaries and follow up on the surgeries. “We have witnessed people go from completely blind to good sight in two days. This warms our hearts and makes it easier to go back every year and ask for donations of one more container of goods for this good cause“ says Katrín Sigurjónsdóttir, Managing Director, Salka - Norfish Limited.

The beneficiaries, Government of Cross River State and Tulsi Chanrai Foundation are grateful for the collaborative efforts of friends in Iceland for their support in bringing back vision into the lives of thousands of deserving people in Cross River State, Nigeria.

To find out more about the project and Tulsi Chanrai Foundation please write to info@tcfnigeria.org